Smoking in the war to end all wars 100 years ago

Posted on November 12, 2018 by tobaccopreventionk12 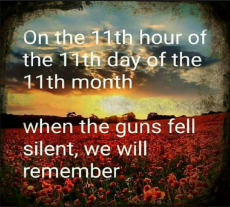 I fell silent on the war to end all wars.  It was one of the deadliest conflicts on the planet, with about 40 million military and civilian causalities; 9 to 11 million military personnel died in battle, or from accidents or disease, according to Wikipedia.  Those who made it out alive were forever changed, emotionally and physically, but they didn’t stop being targets.  The tobacco industry started their deadly assault on the soldier during WWI and it continues to this day 100 years later.

In 1914 when the war first started, pipes were popular and “only less precious than the rifle,” and loose tobacco was part of a soldier’s rations.  Pipe smoking was seen as a masculine pursuit, and a form of camaraderie among military regiments and officers.

However, as the war dragged on, it was clear that the cigarette was the more convenient mode of smoking; it was easier to carry that a pipe, didn’t need to be relit to be enjoyed, and was easily shared and traded among troops.  They were even used as currency in the trenches.  Today we regard cigarettes as a “moral hazard,” but during the war they were considered as necessary as bullets, according to General John Joseph “Black Jack” Pershing, and were given “priority for their shipment to the front.”

An article in the New York Times during WWI said cigarettes “‘lighten the inevitable hardships of war,'” and who didn’t want to do their part on the home front to help the

soldier?  In Britain, clubs did their patriotic part by raising large sums of money to purchase tobacco for the troops with donors receiving a postcard from the recipient.   The Red Cross and the YMCA organized fundraising events for cigarettes, and even individuals could purchase tobacco to send to troops serving from their hometown.  Cigarettes were also donated free to the troops by the cigarette companies.

Medical concerns about smoking didn’t go away during the war, but were overlooked due to the psychological benefits of the cigarette; it relieved boredom between battles, reduced stress and boosted morale.  How can you deny the comfort of a cigarette to a battle weary soldier for fear of harming his health?  Let him be comforted now for he may die in battle tomorrow.

Those soldiers who didn’t die on the battlefield brought their smoking habit home, and continued to provide an economic boost to the tobacco industry as ready-made consumers.  Nothing has changed from WWI in that regard.  The tobacco industry continues to target the military with cheaper tobacco prices and our veterans continue to pay with their lives in a different kind of war.  We educate and train our men and women in combat readiness; we need to educate them on the dangers of an enemy that is hiding in plain sight.

To all our military members currently serving and those who served before, thank you.

Donor Post card picture above is from Picture Postcards from the Great War.
I Need Smokes poster from @SmokingSoldiers on Twitter.