threats the world has ever faced.”  The World Health Organization has used May 31, World No Tobacco Day, to focus on various ways to stop this tobacco epidemic.  In 2012, the focus was on the aggressive attempts tobacco uses to “undermine global tobacco control efforts.”  Bans on advertising, promotion and sponsorships was the theme of the 2013 observance.  Last year, 2014, the focus was on raising taxes to reduce consumption.   The 2015 theme is for countries to work together to “end the illicit trade of tobacco products,” which costs countries billions in lost tax and customs revenue.

According to the World Health Organization site, “illicit tobacco may account for as much as one is every 10 cigarettes consumed globally.”  Illicit tobacco hurts people and control policies, taking revenue away from the government, while increasing wealth and power of organized crime activities.  The World Health Organization is using this day to also request the Parties to the WHO Framework Convention on Tobacco Control (WHO FCTC) promote the ratification of, accession to and use of the Protocol to Eliminate Illicit Trade in Tobacco Products. 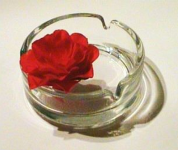 In addition to the five goals of the World No Tobacco Day 2015 campaign, there are four key public messages as to why “illicit trade of tobacco products is detrimental to your health and your interests,” as well as calls to action for policy makers and the public. Members of academia are also called to action to “undertake additional research on the subject of the illicit trade of tobacco products to further document its harmful impacts” and to provide research into the “active role the tobacco industry plays in supporting the illicit tobacco trade.”

Click HERE to read more about the scale of the problem of illicit tobacco trade, and HERE to read some facts on tobacco.