A website article regarding a new proposal in South Carolina would repeal a 23-year-old law that protects smokers in the workplace.  Currently South Carolina “bans employers from making hiring decisions based on whether a prospective employee smokes.”  But the South Carolina Hospital Association claims increased health costs and lost productivity of $1.9 billion dollars a year, cost the state money.  They want the law repealed which would allow employers to not hire smokers.

According to charts on USA Life Expectancy, South Carolina is ranked 42 out of 51 states (and the District of Columbia) when it comes to life expectancy.   Could smoking have anything to do with this ranking?  The state came in 12th in adult smoking at 23.1%.  This chart gives the U.S. adult smoking rate at 20.1%; the Centers for Disease Control lists the US smoking rate at 19.0%.  The CDC South Carolina state highlights site shows the highest rate of smoking among age groups is the 18-24 year group at 24.7%.  Those adults ranked according to their level of education shows 27.4% of adults with a high school degree are smokers.  Those with less than a high school degree have an even higher rate of smoking at 32.2%.

According to the Global Burden of Disease Study 2010, “high blood pressure emerged as the single most important risk factor for death and disability, followed by tobacco smoking.”  These non-communicable diseases in adults are a global problem, not just specific to South Carolina, especially as our smoking population ages.  South Carolina ranks 15th out of 50 on the list for hypertension.

How many smokers actually know that cigarettes contain high amounts of sugar which can increase your chance of getting diabetes?  Or that continued smoking makes it more difficult to manage diabetes once you have the disease?   Smoking and diabetes can cause complications such as vascular problems, nerve damage and foot problems.  South Carolina is ranked 18th in the nation for diabetes.

Smoking “harms nearly ever organ of the body.”  Even those 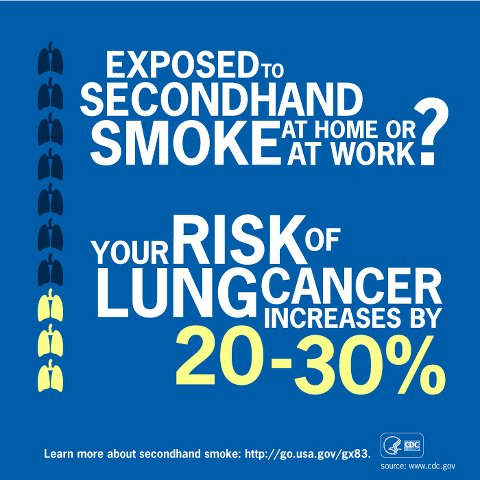 who do not smoke suffer health related illnesses and diseases due to exposure to secondhand smoke, which is classified as a human carcinogen.  Heart disease and lung cancer risks increase in nonsmokers exposed to secondhand smoke.

South Carolina is a major tobacco producing state, which would explain the attitude towards smoking.  But tobacco is the leading cause of preventable disease and death in the U.S.  Banning smoking in public places would be a start to changing smoking behavior.  And although tobacco is a legal product, refusing to hire smokers may be the incentive South Carolina needs to improve the health of their state, especially for future generations.